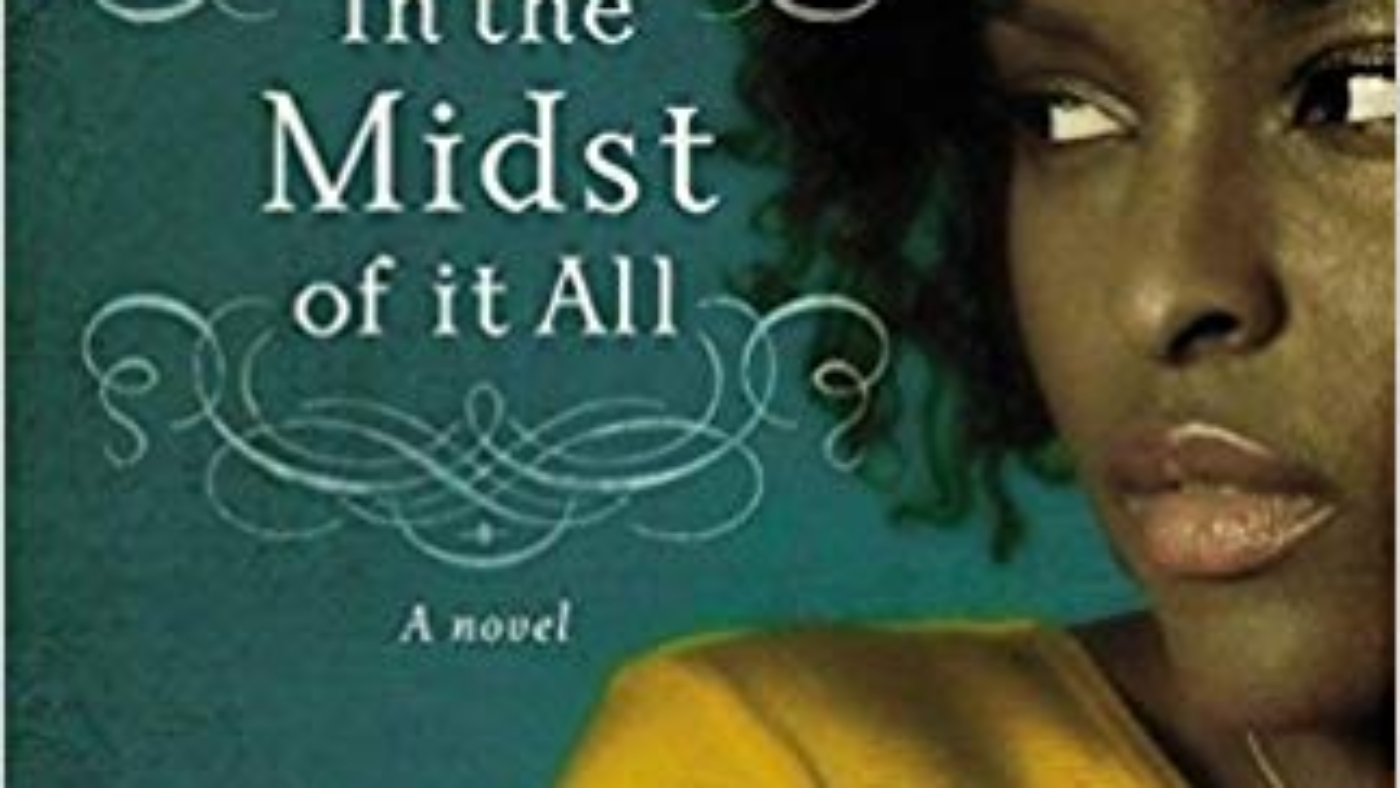 Zenovia blinked a few times, glanced at the clock and shook her head. “Three a.m. It’s not good news.”

She closed her eyes and buried her head under the covers; tried to escape the ringing telephone. Her husband reached over her and took matters into his own hands. Zenovia was grateful that he was home. This kind of news didn’t need to be left on an answering machine.

Audrey lay in a pool of her own diluted blood, but the room was permeated with the scent of lavender. Pink bubbles floated on top of the pool. Scented by lavender; stained by blood.

Zenovia’s husband talked for a few moments then pressed the ‘end’ button on the cordless telephone. He touched Zenovia on the shoulder. She jumped. She was expecting him to wake her; to be the town crier of her misery, but she was startled nonetheless.

“That was your stepfather. Your mother has passed away.”

She nodded. “But not in enough time to stop her.”

Zenovia turned away from her husband and buried her head into the pillow. A salty river trickled down her face, but Zenovia was not ready to share her tears with her mate. She wanted two minutes of private grief.

She heard him pressing buttons on the telephone.

“Who are you calling?” she asked.

“Bishop. You can’t preach in the morning.”

“It’s okay, Zee. He’ll find someone else. You need to handle your mother’s affairs.”

“That can wait. I’ve got a word from the Lord that cannot.”

Zenovia heard knocks on the door.

They were not the soft knocks of the children in the apartment next door. There were two of them – a boy and a girl. Always dirty, with unwashed faces and mis-matched socks if any. Their mama was on crack, and they visited Zenovia and Audrey every morning looking for breakfast. But it was ten a.m. and they were probably plopped in front of their television, watching the Saturday morning cartoons.

Zenovia waited for the knock again. This time it came with a voice. “Hello? Is anyone home? We’d like to share the Gospel with you today.”

Zenovia laughed. She had been thinking that the person behind the door was a drug boy running from the police or a crack head hustling some stolen property. But it was a lady, and she wanted to share the Gospel. No harm there.

Still, she didn’t answer the door.

Audrey rushed from the bedroom of the one-bedroom apartment. She was wearing a ratty yet colorful housecoat. Wild red hair framed her face like a flame, perfectly complementing her freckles and green eyes.

“Why don’t you get the door?” she asked.

She didn’t wait for a response, but went to the door herself. She swung it open wide and smiled at the two ladies that stood before her.

“Well good morning to you too!” said the lady who’d knocked.

Audrey asked, “Did I hear y’all say, y’all was talking about the Gospel this morning?”

“Yes you did. The Gospel of our Lord and Savior Jesus Christ.”

“Well, come on in and keep talking! Zenovia, something told me we were going to have good news today.”

Zenovia felt a smile tickle the sides of her lips. That something was a vision. Audrey had been having them since she was a little girl, and Zenovia had started having them when she’d turned twelve. They were haphazard messages, sometimes future, sometimes past. Usually there wasn’t enough information contained in the visions to do anything useful. Most times, Zenovia was annoyed by the visions; treated them like unannounced visitors. Just like the two Bible ladies.

Both of the ladies stepped gingerly into the spotless apartment. Their eyes darted back and forth; inspecting. Their nostrils flared; inhaling the scent of the ocean breeze candles that Zenovia had lit. Zenovia watched their facial expressions change from cautious to pleasant surprise.

Zenovia narrowed her eyes. “You can sit down. Although I’m sure you saw roaches in the hallway, none of them have taken up residence here.

The ladies smiled nervously as they took a seat on the worn, but clean sofa. Audrey sat across from them in her leather recliner.

“My name is Charlotte Batiste,” said the lady who’d knocked.

Audrey’s smile beamed. “Charlotte. Like the little pig in that book.”

“Actually, the pig’s name was Wilbur,” Zenovia corrected. “You’re talking about the spider.”

For a fleeting instant, Audrey looked irritated, but it quickly faded. “Well, that doesn’t matter. My name is Audrey and the smarty pants is Zenovia.”

Both ladies looked from Audrey to Zenovia with tight yet friendly smiles on their faces. The second lady, not Charlotte, actually wasn’t a lady at all. She was a girl, no older than Zenovia, but she was dressed in a much older woman’s apparel – a long corduroy skirt and sweater with a turtleneck. At their feet were little bags stuffed to the hilt with tracts and pamphlets.

“Well, it’s nice to meet you both. This is my daughter Alyssa,” declared Charlotte with yet another smile.

She never seemed to run out of smiles. Zenovia wondered if her face was sore.

Charlotte continued. “I am here this morning to share a wonderful thought from the Bible. Do you have a bible?”

Audrey reached into a side compartment on her recliner and pulled out a huge, white, leather Bible. The kind grandmothers pass down to their grandchildren with the family tree on the inside cover and the picture of Jesus in the center. There was no family tree in the front of Audrey’s Bible; only her name, in big block print.

“I’m going to read you some verses in the book of Revelation chapter 21. It’s the last book of the Bible.”

“Oh, I know where Revelations is,” said Audrey.

Zenovia cringed. She wanted to say, It’s Revelation not Revelations, but since she had already been labeled as a smarty pants, the critique went unspoken.

Charlotte read. “And I heard a great voice out of heaven saying, Behold, the tabernacle of God is with men, and he will dwell with them, and they shall be his people, and God himself shall be with them, and be their God. And God shall wipe away all tears from their eyes; and there shall be no more death, neither sorrow, nor crying, neither shall there be any more pain: for the former things are passed away.”

Zenovia liked that scripture. No tears and no sorrow sounded like just what she needed. Apparently, Audrey liked it too, because there was a tear in the corner of her right eye.

“Well, I can’t wait to go to heaven and see Jesus. He’s going to take away all sadness and death. I believe that,” stated Audrey with conviction.

“What if I told you that this scripture was talking about a paradise here on earth?” asked Charlotte.

Zenovia almost slipped from her usual academic self and said What you talkin’ about Charlotte? like Arnold querying Willis on Different Strokes, but she held her tongue. She wanted to see Audrey’s response.

Charlotte went on to explain how God was going to make the earth over into a big park and that believers were going to live there in a utopian nirvana. She said that children would have lions and bears for playmates and go unharmed. Zenovia was a little skeptical, but Charlotte flipped through her little orange Bible with such skill that she had to be telling the truth.

After she was done, Charlotte let out a loud sigh. “Now, Audrey, don’t you think God wants you and your sister to live in paradise and not squalor?”

Audrey looked confused, but Zenovia laughed. It was not the first time that she and her mother had been mistaken for sisters. Audrey was a young-looking thirty-one and Zenovia was a mature-looking sixteen.

“She is my mother, not my sister,” said Zenovia.

Audrey dropped her head. “Had her when I was fifteen.”

“Well, that’s alright,” said Charlotte cheerfully. “That doesn’t matter once you give your life to God and get baptized.”

“Oh, but not like this. When you get baptized with as one of the Brethren of the Sacrifice, your life will surely be changed.”

Zenovia cleared her throat. “I’ve never heard of the Brethren of the Sacrifice. What denomination are you?”

“We’re not a denomination at all. We are true Christians, teaching true Christianity.” She said this with such conviction that Zenovia wanted to pump her fist, yell power to the people and hand her an afro pic.

Charlotte turned her attention back to Audrey. “Would you like to come to one of our services?”

Zenovia rarely saw her mother get excited about anything, so again she held her tongue. She wanted to object, and tell Charlotte that she and Audrey had a church home. First Gethsemane Baptist church, up the street, was where they had fellowshipped for the past two years.

But maybe it was time for a change. Audrey had gotten into a particularly embarrassing scuffle with one of the usher board members. The usher, Sister Brown, had told Audrey that she couldn’t sit on the Mother’s row. Audrey had responded by accusing Sister Brown of being jealous because Audrey was pretty and Sister Brown was “black and greasy”.

After the altercation, Zenovia had done what she always did. She apologized to First Lady Benson and Sister Brown. She’d explained that Audrey had just been prescribed new medication for her schizophrenia and that it had not yet taken effect.

That all happened a month ago, and they hadn’t been to church since. Zenovia liked to let things die down before they returned to worship. Admittedly, though, she missed the anointed singing of the choir and the spirited preaching.

Audrey looked over at her daughter. “What do you say, Zee? You want to join a new church?”

Zenovia shrugged and answered her mother’s question with a question. “Why not?”

While the lovely valley teems with vapour around me, and the meridian sun strikes the upper surface of the impenetrable foliage of my trees.A wonderful serenity.